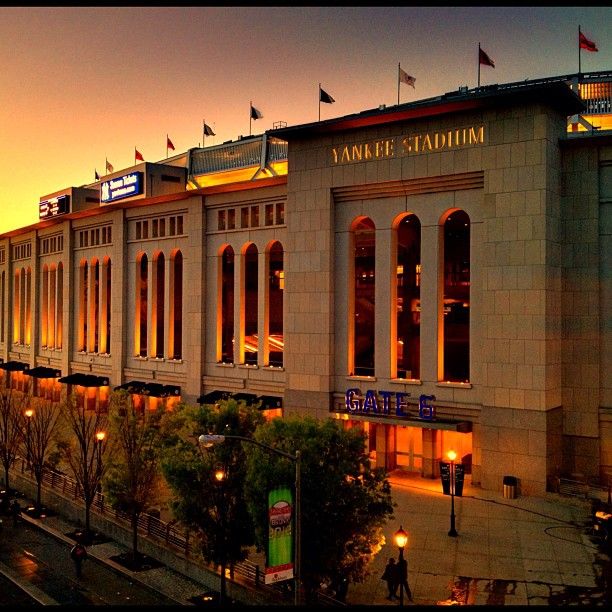 As the New York Yankees gear up to celebrate notable alumni this weekend (it will be Tino Martinez Day on Saturday and both Old Timer’s Day and Goose Gossage Day on Sunday,) fans driving to the games will find relatively cheap parking available for both days. Select garages around Yankee Stadium have rates for as low as $8, which will be less than much of the food and beverage inside the stadium. Despite several deals in surrounding garages, however, both Saturday and Sunday’s day games vs the Orioles will see an average ticket price above the Yankees’ seasonal average of $144.06.  So while you may be able to save on parking, fans looking to attend the game should expect to pay a premium.

The ceremonies will begin Saturday afternoon when the Yankees honor Tino Martinez, an integral part of the team’s mid-90’s and early-2000’s success. Though Martinez did not post Hall of Fame credentials during his playing years, his importance to the Yankees during his seven years in the Bronx will be celebrated on Saturday as he will be memorialized with a plaque in Monument Park beyond the center field fence of Yankee Stadium.

Yankees tickets for Saturday’s game will have an average price of $185.37, 28.7% above their season average.  If you’re looking for parking, there’s several affordable options not too far from the stadium. According to ParkWhiz.com, Select Garages, which is located conveniently across from the Yankee Stadium at 70 E. 162 St., currently charges $35 for game day parking.  Fans utilizing this lot can also park for up to an hour before and after the game. MPG Parking, which is .26 miles away from the park at 171 E. 165 St., has a parking price of just $20 for Saturday’s game. MPG Parking also has the cheapest lot in close proximity to the stadium, with parking available for only $8 on 302 W. 144th Street, .89 miles away.

Sunday’s game will see the likes of Yogi Berra, Goose Gossage, Joe Torre, Rickey Henderson and several other Yankee greats in attendance for both Goose Gossage Day and Old Timer’s Day. The average price for Yankees tickets is $147.53, 2.4% above season average, with a get-in price of $27. Once again, the cheapest parking for Sunday’s game will be found at MPG Parking with the same low rate of $8.

Yankee fans will flock to the House that Ruth Built this weekend as some of the best players to ever wear pinstripes return to celebrate their famed careers. While Yankees tickets run a little pricier than average on the secondary market, fans driving to the game will find several deals on parking through ParkWhiz.com. Whether driving or taking the train to the game this weekend, fans of all ages won’t want to miss the Yankees honor their living legends at Yankee Stadium.

Aashish Dalal co-founded ParkWhiz in 2006 out of frustration with finding parking around Fenway Park. Since then he has grown the company into the largest digital parking service in the nation.