Keep from Running on Empty at the ING NYC Marathon 2013 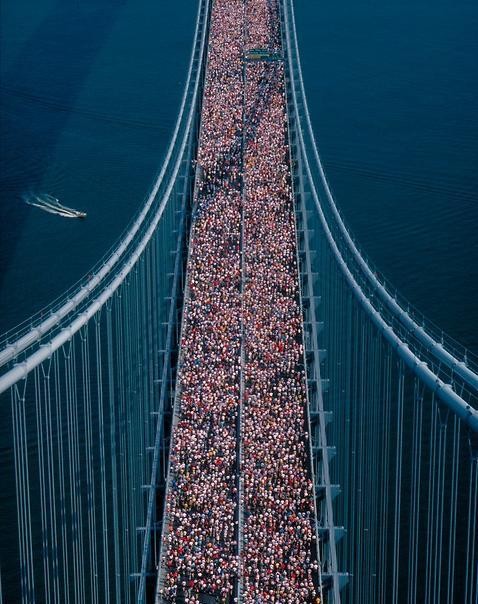 When a runner chooses a race to participate in, distance is everything. Shorter runs range from sprints (50m to 400m) to middle-distance (from 800m to two miles), resulting in a run-time that would be achievable for most aspiring participants. Longer distance runs are much different animals, with a rougher, more exhausting character. Comparatively, two-mile runs are excursions to the countryside, while marathons are arduous odysseys that test body and soul, feats of athleticism that require several months of working out and training to seriously attempt. The 42.195 km (26.219 mi) ING New York City Marathon is no different, requiring participants to cross bridges, islands and some of the most expensive real estate in the country in order to complete their objectives. Winding through all five boroughs, the course for the New York Marathon meanders here and there, including a circuitous turn from Manhattan’s Willis Ave. Bridge into the Bronx, only to later cross the Madison Ave. Bridge back into Manhattan. As they run, participants also have to deal with television cameras, reporters and throngs of New Yorkers, all of whom would be well-advised to have a New York Marathon parking space before the event.

Just as the idea of the marathon itself has caught on in the imagination of the general public, the ING NYC Marathon has also ballooned in popularity over a relatively short period of time. While there were marathons in New York City beginning in 1908, these races were not run by persistent organizations, did not stretch the entirety of the five boroughs and even did not have proper safety precautions, with a lack of street closures resulting in injury from passing cars. The modern NYC Marathon grew out of a 40-member athletics organization which formed in 1958, now known as the New York Road Runners. The following year, NYRR set up the inaugural Cherry Tree Marathon, a race throughout the Bronx on the George Washington’s Birthday, observed as the third Monday in February. Led by African-American Ted Corbitt, the NYRR did not discriminate in its membership, instead promoting inclusion and sportsmanship for all New Yorkers. The race grew over the years, even after harsh wintry weather conditions in 1963, so that the NYRR had 250 members when the first New York City Marathon took place in 1970.

This first New York City Marathon was focused on Central Park, and only had 127 participants, but sponsorship was attained and the ambition for what the race could become increased. For the 200th anniversary of American Independence in 1976, with the support of City Hall, the race snaked through the streets of the five boroughs, especially points of interest and landmarks. Due to the growing amount of press and even live broadcasts by journalists, this was a wise move on the part of the city. The amount of runners participating in the event actually hit a wall after ABC Sports began television coverage of the race in 1981, as a waiting list with 39,000 slots was implemented the next year, with exceptions made for charity runs and NYRR members. Considering that over 100,000 runners have to undergo a lottery for one of the slots, the race is quite important to the city. Subsequently, all the participants, their families, reporting staff and others make use of a vast amount of supplies for the race, providing a boon for the local economy, as well as name recognition for the race’s sponsors.

Jeremy writes about all things parking; from venues to facilities, stats and beyond. When he is not blogging it up for those looking for guaranteed, booked parking you can find him in a coffee shop surfing the latest tech info.