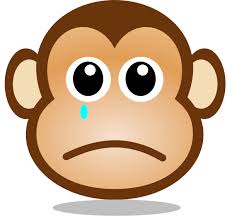 Parking on the street in San Francisco is not an easy task. The San Francisco Municipal Transportation Agency’s most recent census found that there are over 440,000 available parking spaces to the public – this includes on- and off-street parking. Of the available parking spaces over 275,000 are on-street parking only with only 10% of that being metered parking. Various parking apps, led by MonkeyParking , are trying to cash in on the lack of parking by monetizing the public parking spaces across San Francisco. Fortunately, these apps are currently in operating limbo as the city of San Francisco has ordered them to cease-and-desist, citing that operations must be halted by July 11. MonkeyParking, Sweetch and ParkModo all have a similar premise: Allow a person to sell his metered space to someone searching for on-street parking. Is this legal?

On Monday morning, City Attorney Dennis Herrera sent a cease-and-desist letter to MonkeyParking, citing Police Code Section 63 (b): “It shall be unlawful for any person, firm or corporation to enter into a lease, rental agreement or contract of any kind, written or oral, with or without compensation, for the use of any street or sidewalk.” And Section 63 (c): “As an alternative to any other fines or penalties applicable to a violation of this section, any person, firm or corporation who is in violation of this section shall be subject to an administrative penalty not to exceed $300 for each violation.” Failure to adhere to the provisions in San Francisco could set MonkeyParking back $2,500 per infraction under enforcement of California’s Unfair Competition Law. Herrera and the citizens of San Francisco share a common, clear-cut theme: “We will not abide businesses that hold hostage on-street public parking spots for their own private profit“.

MonkeyParking CEO Paolo Dobrowolny responded in an email sent to the Wall Street Journal. “As a general principle, we believe that a new company providing value to people should be regulated and not banned. This applies also to companies like Airbnb, Uber and Lyft that are continuously facing difficulties while delivering something that makes users happy. Regulation is fundamental in driving innovation, while banning is just stopping it,” Dobrowolny said.

Here’s what’s wrong with that statement: Airbnb, Uber and Lyft deal with private property staked by a private owner. These parking apps, however, are attempting to monetize a space that is paid for by citizens via taxes and regulated by the local and state governing bodies. The three companies Mr. Dobrowolny references work directly with the owner of the property; a large piece missing from MonkeyParking’s model.

With the July 11 deadline looming, I checked in on MonkeyParking today to find a blog stating “the bidding service has been temporary [sic] disabled in San Francisco.” They also noted that they are “working to provide a positive tool for the City of San Francisco…” We’ll see if that happens.

Things to do this weekend in Chicago, New York, and San Francisco