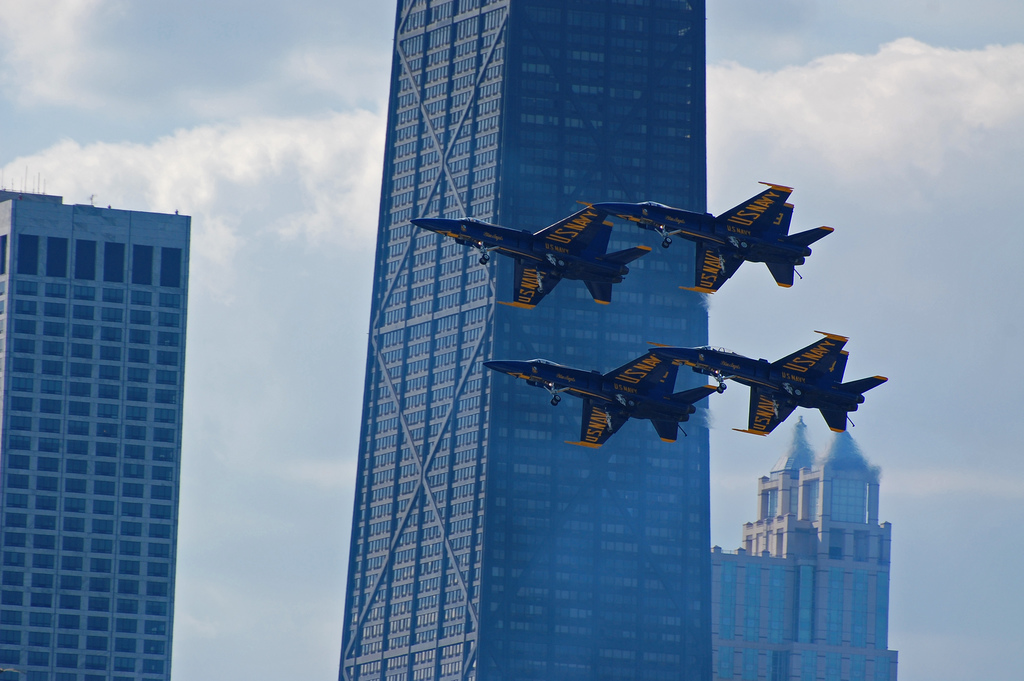 Summertime in Chicago is always a blast, especially when the Chicago Air and Water Show is going on. The Air and Water Show consists of displays of stunts, aeronautical maneuvers, flybys and coordinated activities, using both military and civilian aircraft. Taking place every summer at North Avenue Beach in the Lincoln Park neighborhood, there are always immense crowds for the show (often over 1.5 million), so to avoid hassle we are there to help you book Chicago Air and Water Show parking ahead of time.

The story of the Chicago Air & Water Show began in 1959 as a component of a “family day” for a children’s camp at Chicago Avenue and Lake Michigan. Due to the rapid annual growth in attendance, the air show moved to North Avenue Beach, where it has been ever since. The setup got more and more elaborate over time, such that the show now has its own air traffic controller to supervise the area.

One of the best perks about the event is that it is free for anyone to come and enjoy! The daredevils and their stunts are visible from pretty much any place on Chicago’s East side, especially along the lakefront. The event is focused on safety, such that all the stunts occur over a controlled area of Lake Michigan, so that any unexpected problems would occur far from spectators.

The 2014 Chicago Air and Water Show’s top performers for 2014 include the US Coast Guard, the Chicago Fire Department’s Helicopter Air/Sea rescue unit, the US Army Golden Knights, the US Navy Blue Angels, the All Veterans Parachute Team, an A-4 Skyhawk from the Warbird Heritage Museum Foundation, a P-51 Mustang and much, much more.