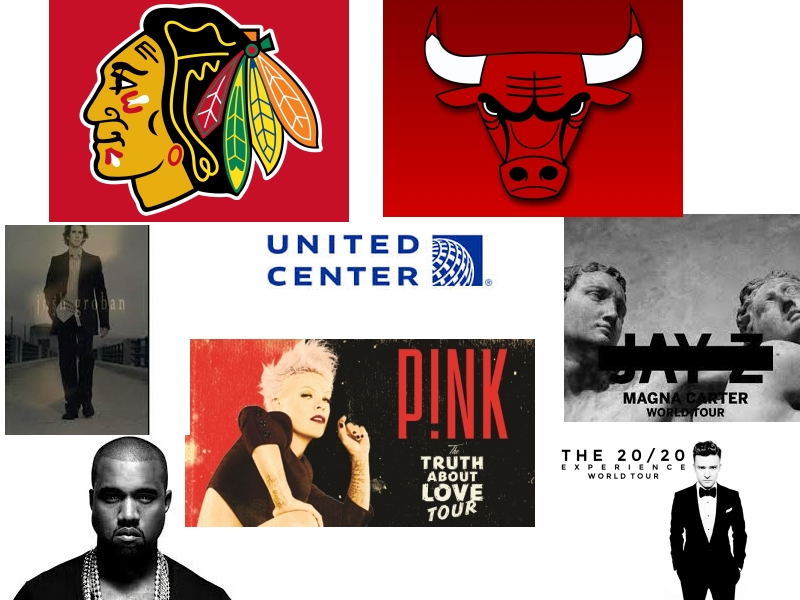 At the United Center, it’s that time of the year again. As the regular season has just begun for the Chicago Blackhawks and the Bulls still at the dawn of the preseason, the pace has increased at the Madhouse on Madison. Chicago is a city that just won’t stop winning, which is great for the fans, but not so great for the United Center parking situation. Just as it has in years past, the venerable arena continues to bring in the talent, whether it be in the world of sports or music.

For the Blackhawks, their recent Stanley Cup win is still overwhelming, with the jubilant cheers of their fans echoing in their memories as they begin again with a new season. While others would balk at ascending the peak of glory only to trudge up the mountain again, for the Blackhawks it is just another year. Luckily for Blackhawks fans, so far the climb for the team has not been burdensome. Opponent after opponent has come to their door, and only occasionally has the team faltered for even the briefest second.

On October 15th, if fans had any doubt of the prowess of the Hawks, their 2,500th regular season win would have put their worries to rest. Only the most skillful hockey club would have been able to pull off such a feat, while lesser teams would have blinked at such a challenge. Some may fault the hawks for prospering in a shortened season, but the fans know better. It is evident from the stunning final minutes of their Stanley Cup clinching game, that when the going gets tough, it doesn’t matter when or what day it is as long as it is game day. The current season has the full set of games from October to April, which offers plenty of opportunities for Chicago to see its team glide across the frozen surface of the arena. With the full season comes more than enough opportunities for the team to prove itself to critics, though overcoming its own Stanley Cup drought in 2010 should have brought a hush to their detractors in the first place. 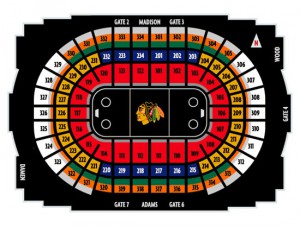 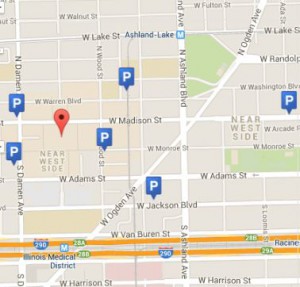 Chicago Bulls fans also have much to cheer about, as Derrick Rose has returned to the court after over a year of absence. When he tore his ACL in April 2012, he was sidelined, and the Bulls were in disarray, reaching the Conference Semifinals but not proceeding from that point. While it isn’t a terrible thing to reach the Semifinals, it was below their vast potential, and it disappointed their fans. With the right player that the team can rally around, fan and player morale will be significantly boosted.

As a result of Rose’s triumphant re-entry (complete with an Adidas commercial), the Bulls can once again become a mighty herd, his skill and agility guiding them in the direction of the glimmering Larry O’Brien Championship Trophy. Anyone doubting the impact he can make this season must be overlooking the fact that he was named the NBA’s MVP during the ‘10-’11 season, making him only the second Chicago Bull to have received that honor, the first being Michael Jordan. If the Bulls could reach the Semifinals without him, perhaps with him by their side, the team can go farther than it has in years. 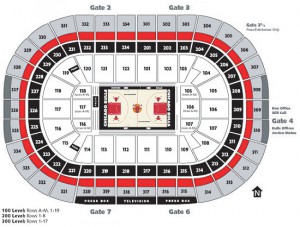 It isn’t just trophies that shine for the United Center, but also the stars that will showcase concerts in the next few months. The guest list reads like it was taken from the current rotation of a pop radio station, with the headliners practically household names. Artist Josh Groban will grace his fans with a one of a kind concert experience on October 20th, when he performs on a unique 360-degree stage and plays some of the greatest hits that span his illustrious 12-year career for his “In the Round” tour. Following that, P!nk will bring color to a late autumn day when she visits the United Center on November 5th for her Truth About Love Tour, while Kanye West won’t interrupt when he performs from November 7th to the 9th for his Yeezus Tour with Kendrick Lamar.

Rapper Drake will answer his own question when his “Would You Like a Tour?” takes a tour of the United Center on December 12th. The next day, the gorgeous Beyoncé Knowles will visit Chicago for her “The Mrs. Carter Show World Tour.” Her counterpart, Mr. Shawn Corey Carter himself, Jay-Z, will come to the United Center a little later, promising to ring in the new year right on January 9th with his Magna Carter World Tour. If you like both rap and country, you can certainly take in Keith Urban’s performance the next day when he strikes a match for his Light the Fuse Tour 2014.

Finally, Justin Timberlake will be Bringing Sexy Back to the United Center with his 20/20 Experience World Tour on February 16-17th. With the United Center delivering such excellent talent at its’ door week after week, the power of this arena to attract both teams and musicians makes it the premiere venue of the Chicago area.