Goodman Theatre: A History of Applause 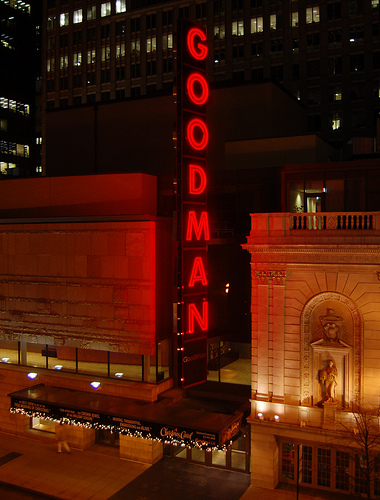 The Goodman Theatre is one of Chicago’s most cherished cultural institutions, attracting acting talent, recognition and pride to the city. Originally intended to fulfill the wishes of a playwright who departed too soon, it has grown into something wonderfully larger. While enormously successful, the issue remains that finding Goodman Theatre parking may be difficult unless a parking space is booked in advance, which is imperative considering the late entry policy.

The genesis of the Goodman Theatre can be traced to a playwright named Kenneth Sawyer Goodman, who had a dream of a not-for-profit theater that trained professional actors to the highest standards of the industry. Before he could manifest his dream into reality, he passed away during the 1918 Spanish Flu outbreak. His grieving parents donated a large sum of money to the Art Institute of Chicago to put his plan into action, with the Goodman Theatre coming into existence in July 1922 in a building on the land of the Art Institute. Opening for the first time in October 1925, the Goodman encompassed both a professional troupe of actors along with an acting school.

The Theatre has changed dramatically over time, gaining a positive reputation while continually changing form due to budgetary constraints. Troupes of actors were built up and then disposed of, while the School of Drama was obtained by DePaul University in 1978. The Goodman Theatre separated from the Art Institute itself in 1976, around the same time that the now-famous David Mamet began to premiere his work at the Theatre’s Stage 2 venue. During this period, the theatre’s reputation continued to increase, receiving the Regional Theatre Tony Award in 1992.

Over time, the original building was showing its age, such that the search for a new home for the theatre began in the 1980s. This culminated in the new Goodman Theatre opening in 2000 on the site of the Selwyn and Harris theatres. The current complex includes two auditoriums, the Albert and Owen Theatres, with the former able to seat 856, and the latter 450. Past productions at the Goodman include King Lear, Animal Crackers, A Christmas Carol, Radio Golf, The Iceman Cometh, Gem of the Ocean and many more. Depending on the play, finding Goodman Theatre parking spaces near the theatre may be difficult. Due to this, it is best to book Goodman Theater parking spaces with ParkWhiz ahead of time, or else you may have to wait until the intermission to enter if you are late.

ParkWhiz is easy; all you need to do is find the show that you want to see, book your Goodman Theatre parking spot, print out your ParkWhiz parking pass and enjoy the show. 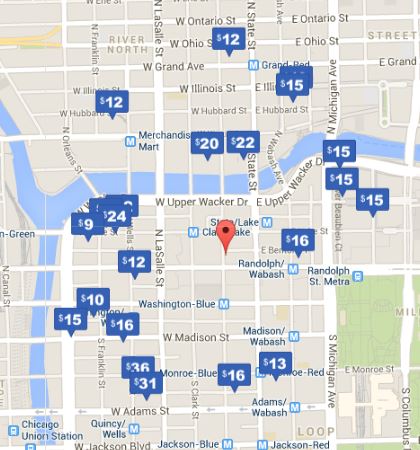 Choose from Theatre parking starting at $8!